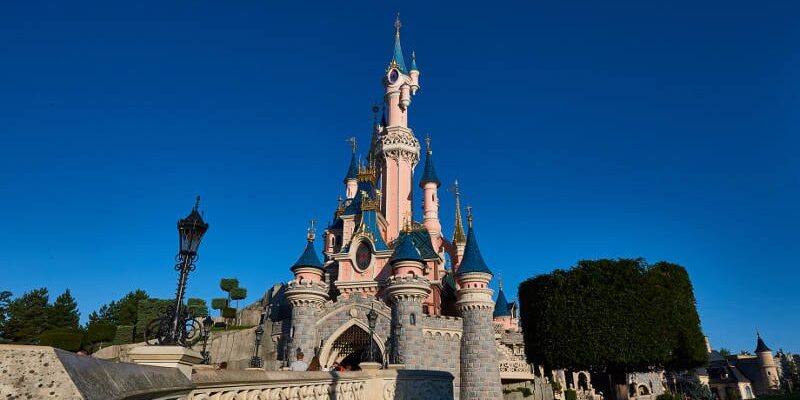 The second busiest times to travel are the winter holidays. Maybe a Paris vacation has been on your bucket list but now you have kids to think about and the romantic city might not seem family oriented. On the contrary mon ami, there are plenty of things to delight you all. Below is the list of our top 10 favorite activities for kids in Paris this year.

No, this isn’t America. There may be fewer rides but there are also fewer tourists especially this time of year. The seasonal decor and entertainment start with Halloween and continues thru New Years. Most tourists are from Great Britain, so English is widely spoken. No need for a car, the RER (train) goes back and forth often, for a fraction of the cost. The RER runs until the after the park closes, so no fear about getting back to town. The resort consists of two parks. There is Disneyland Park, home to the rides you know and love; often with a little twist, and Walt Disney Studios. The WDS is similar to Universal Studios and is located a short walk from the entrance of Disneyland. Be sure to stay for the night shown on the Disneyland castle. A new Super or Ultimate Fastpass ticket is now available for an additional cost which, allows you to board the busiest rides without queuing. I highly recommend this, but they do sell out so plan carefully and you’ll definitely be able to fit both parks into a long but grand day. Disneyland is not the only fun place. Make the museum an amusement park for the kids as well.

ThatMuse sets up teams of 2 to 4 people who photograph themselves in front of as many treasures on their maps as possible within the given amount of time. The fast pace of the hunters encourages your family to return to the galleries after their game is over. The hunt lasts between 90 min to 2 hours, so your team will need to strategize for maximum points. See the Louvre without anyone complaining about it being boring. There are several hunts including Beauty & the Bestiary, Skull Scouting and Food and Wine. They do the same hunt at the Muse D’Orsay and throughout various Arrondissements in Paris. Prices don’t include museum tickets, but insure a new and fun way to engage the whole family in Museum time.

This Romano-Byzantine church was commissioned after the nation’s defeat by Prussia in 1870. Some 300 stairs await you giving you bragging rights since it is nearly as high as the Eiffel Tower. Besides tiring out the energy filled kids, you can reward them on either side, with the delightful home of the famed Montmartre Artist Village, containing caricature artists and a good spot for hot chocolate and other tempting treats. If the initial steps didn’t wear the family out you can also purchase a ticket to climb to the top of the dome which boasts some of the best views of Paris. There are about twenty carousels, dotted around the city. One of which is at the bottom of the steps spins the two story double decker Carrousel de Saint-Pierreequipped with wood horses and other creatures from the early 1900’s.

Located in the northern portion of the Bois de Boulogne, on the edge of the city, is the Napoleon commissioned Zoological Garden of Acclimatization. The Normandy-style farm contains a zoo, an aviary, boat rides, a mini roller coaster, flying chairs, pony rides, a puppet theater, and an Enchanted House with two playgrounds. There’s also a place to steer radio-controlled boats and play miniature golf. The family-oriented leisure park focuses on children’s activities. Reward yourself with a well earned visit to the surprisingly close Louis Vuitton Foundation where you claim the benefits of your happily satisfied kids.

In the summertime there are lines on the Île Saint-Louis of tourists wanting scoops of the most famous glaciers of Paris. The name is so well known it is often displayed on cafe windows and awnings to tempt you to choose their establishment. Not everyone is lucky enough to get a prized spot in the tea room where the build your own hot chocolate wins your hearts and bellies. Your cup comes with a scoop of ice cream any flavor of which you choose and a cookie. On the side comes the simply melted dark chocolate, a small pitcher of warm milk, a bowl of whipped cream delicately laced with chopped nuts and a drizzle of chocolate to top it all off. You’ll never be the same.

Housed in the old wine warehouses of Paris is this magical collection of 19th and early 20th century fairground attractions. The most wonderful of the three halls is the Salon de la Musique, where a musical sculpture from 1934 plays a Mortier organ. A modern-day digital grand piano plays Murder on the Orient Express as you explore the other hidden delights featured in several movies. In the Salon de Venise you can be twirled around on a gondola carousel; and play a ball-throwing game that sets off a race between mustached waiters. Call ahead or go online to book your tickets, as there is no walk up service. Plenty of English options, even on the French tour you are given all the information in a handout to follow along at your own speed. You’ll ride several of the treasured carousels during your tour that is sure to bring a smile to the faces of your entire family. Be sure to explore Bercy Village and the next door for something good to eat and explore the Parc de Bercy, which is an underestimated garden that adds to the exploration.

There are several galleries including the Galerie de Paléontologie et d’Anatomie Comparée building with dozens of skeletons including dinosaurs. Also in the gardens is the Grande Galerie de l’Evolution, featuring a collection of taxidermied animals, is a fascinating parade and a big hit with kids. Also in the Jardin des Plantescomplex is a small Ménagerie zoo, and a separate pavilions containing hunks of meteorites and crystals located in the Galerie de Minéralogie et de Géologie. With the purchase of one ticket, you are able to get half price on all the other museums in the Jardin. Don’t miss out on a short walk to the Grand Mosque to have mint tea like Indiana Jones in this hidden Disney like oasis.

The cruise usually lasts an hour and shows best the illumination of the city’s major sites on the Seine, including the Eiffel Tower, the Pont Neuf, Notre-Dame and the Pont de l’Alma. My favorite time to be on the boat is after sunset where you have the best view of the Eiffel Tower light show each night on the hour. There is always enough space so no reservations are needed. There are 3 other river cruise companies that all are close in price and service. Buy drinks before boarding and enjoy the outing a little more.

Lovers of the film Amelie will recognize this iconic spot where our heroine skips stones in the often overlooked 19th Arrondissement. Having been featured in several films and songs, it is surprising that there are hardly any tourists. This is the real Paris, where tourism is limited to canal cruises of the fascinating old locks. Watch as the boats are lifted and lowered to match the next water level as they cruise up or down to the river Seine. Tons of playgrounds for the little ones, ping pong tables, and Pétanque courts sprinkled on both sides of the canal. Reward yourself after the long walk with a craft beer and great snacks at the top of the canal were there are also small boats to rent that the kids can drive.

This 17th-century mansion is dedicated to the history of hunting and man’s larger relationship with the natural world. The museum has been characterized by the Smithsonian magazine as “one of the most rewarding and inventive in Paris.” There is a mix of taxidermy, hunting products, paintings, sculptures and modern art installations. There is an impressive collection of engraved swords, an albino boar and a mythical Unicorn. Being a smaller sized museum, you will not have to worry about a long lengthy visit at this great 3rd arrondissement treasure.

While there are many more wonderful things to see and do in Paris, we assure you we are always more than willing to help create the best itinerary to match you and your family’s needs. Be sure to check us out on social media where you can see photos of all the places listed today. Contact us today to get started on the best vacation of tomorrow!