Top 10 Paris films to snuggle too 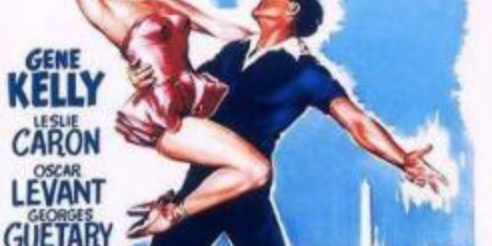 The holidays have come and gone, but those cold winter nights still linger and with a little extra time, why not snuggle up to a good movie? Below are my picks for the best films that use Paris as their stage. See all the famous spots we will share on your next tour.

French Kiss is one of my favorite Paris themed comedies featuring Meg Ryan and Kevin Klein, both of which came together on screen for really fun performance. It is a story of a woman, who goes to France to confront her ex-fiancé, who left her for another woman. In the process she meets a charming thief who uses her to smuggle a diamond necklace and a prized vine into the country. No surprise that the two fall in love, but the journey is great and there is some fantastic views of the city.

Hugo is the sweet story of an orphan living in the Gare Montparnasse train station. He is caught stealing toy parts to restore a robot that he worked on with his now deceased father. As he begins working off his debts, he commences on an adventure with the shopkeepers’ goddaughter. Together they find the mystery to be solved of the forgotten genius of film making, Georges Méliès played perfectly by Ben Kingly. Kingsley brings to life the real life talents of the great magician of movie making including Trip to the Moon his most famous film. This Martin Scorsese production is great for all ages.

Casablanca is a Paris film despite taking place the legendary North Africa namesake. There are several flashbacks of Humphrey Bogart, and Ingrid Bergman, falling in love before the occupation of Paris in World War II. They reunite at Rick’s Café Américain where the jilted Rick finds that Ilsa is married to a great leader of the resistance. Rick played by Bogart in this Romantic Drama, provides us with some of the best movie quotes ever, including, “I think this is the beginning of a beautiful friendship.”

Our quirky heroine in Amelie is played by Audrey Tautou, who lives in the Montmartre Arrondissement of Paris. She devotes her life to bringing happiness to others. Her loneliness takes a back seat on her hunt for the mysterious Nino, who she witnesses collecting discarded photographs of strangers from photo booths. This Rom Com is the second most profitable French film in the United States to date. In the Soul of the City tour with us you will see many of the films locations. Even taking your own photo in the legendary booth.

In 1951 An American in Paris won the Academy Award for the musical comedy which stars Gene Kelly, as a veteran of World War II who has come to Paris to become a famous painter. He meets Lise played by Leslie Caron the cultured girlfriend of a neighbor friend. Together the fight desires to be with each other and their other commitments as they dance throughout Paris. Bet you can imagine how it ends!

Midnight in Paris was written and directed by Woody Allen and praised as one his best current works. It stars Owen Wilson, as Gil, a successful screenwriter trying to complete his first novel despite his unsupportive materialistic fiancée. Each night at midnight he magically goes back in time to consort with Hemingway, Fitzgerald and several other famous writers and artists of the time. After questioning each and finding new love, he chooses his own era realizing everyone looks passionately at a different time rather than living up to their potential. Some of the same streets he wanders, we too will discover on our Foodies in the Fifth Tour.

La Vie en Rose is a dramatic musical about the life of singer Édith Piaf who won the world’s attention when Marion Cotillardwon an Academy Award for her portrayal of the famous french singer. This was the first time in The Academy’s history that a French artist was given this honor. The story of this beloved performer and her lifelong pursuit of happiness is sadly filled with many of the pitfalls that plague so many artists. To appreciate Paris a little more is to know its history, and culturally Piaf reigns queen in the heart of all France.

Powerhouse movie star Tom Hanks, stars in The Da Vinci Code a thriller that takes a Harvard professor all over Paris searching for the truth to the murder of a Louvre curator. Audrey Tautou joins us again on our top ten and for good reason. Her character Sophie is the perfect sidekick in solving the mystery. The controversial film upset the Roman Catholic Church with its plot line including the search for the truth including Jesus and Mary Magdalene relationship.

Ratatouille is the story of the worlds most loved rat who even got his own ride in Paris Disneyland after his big screen debut. The story is as charming as can be pleasure for adults as well as kids. The title refers to a French dish, ratatouille, which is served at the end of the film. We follow our hero; Remy, who dreams of becoming a chef as he tries to achieve his goal with the help of Linguini his accomplice. It was the 2007 Best Animated film for good reason.

It would be inconsiderate of me to not to acknowledge the male perspective of great French themed films such as Mission: Impossible – Fallout. It is a sixth in the series of action spy films packed with beautiful shots of various locations throughout the City of Light. Tom Cruise stars as Ethan Hunt as he saves the world, again.

Though they may not be the best of the films on Paris, they will make your life more exciting thinking about your upcoming trip. Be sure to talk to us today, so together we can make sure your visit includes some of the same sights you enjoyed on screen!